The Secret Circle by JustBeAQueen

I might have suggested it, but Moonshadow Woman requested it... so here it is.

Each chapter is a recap of each episode of The Secret Circle, along with a video of all the scenes Gale is in, as Charles Meade (as I find them). The videos come from mytears inheaven's vimeo's channel, she also has a youtube channel.  I've included some pics from each episode, as well. These might be repeats if you read "Gale in the Secret Circle", but we can never get too much Gale, can we?

If you want to watch full episodes, some are available on cwtv.com, some might be on Netflix.

Update 5/10/12: SEASON FINALE TONIGHT, May 10, 2012! 9 pm on the CW! New synopsis of last week's episode added... couple of clips and video preview of the season finale added, as well. A bit more added about tonight's episode... cause there's a new video clip and interview with the EP.

No news on renewal... but it's still looking good... keep your fingers crossed! :)

Episode summary from the CW and a bit of my own description. 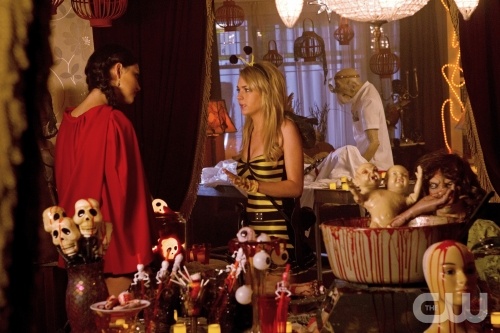 Deciding the Circle needs to have a little fun, Faye convinces Cassie to throw a big Halloween party. Intent on wooing Jake back, Faye goes all out on her Halloween costume. After a fight with Diana, Adam turns to Cassie for advice. Meanwhile, some dangerous, uninvited guests set their sights on the Circle. Someone should warn Faye that she’s not the baddest witch in the bunch anymore, little did Cassie know that she could be.

This story archived at https://midnightwhispers.net/viewstory.php?sid=2113